Know Your Rights as a Student – Student Leaders 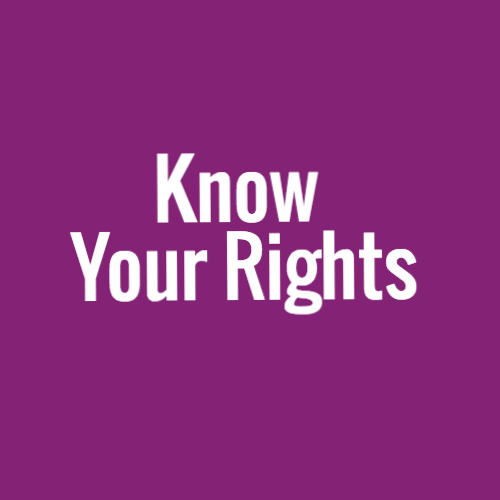 As a student, you have the right to express your religious faith at school. The Equal Access Act and the Free Exercise Clause both protect the right for you to start a student-led Bible club on your campus.

WHAT IS THE EAA?

“The EAA is a federal law that was enacted in 1984 as a response to anti-religious beliefs held by some courts and public school officials.

The Equal Access Act applies to all public secondary schools that receive federal financial assistance and have at least one, student-led club that meets outside of regular class time – and is not directly associated to the school’s official curriculum.”

Here is a copy of the Equal Access Act on the United States Justice Department website: https://www.congress.gov/bill/98th-congress/house-bill/5345

For more information on the Equal Access Act, visit: https://www.law.cornell.edu/uscode/text/20/4071

Some schools know of this law but don’t understand it. If your administrators seem concerned or unsure about the law, please either send them to the following page, or print the information there and give it to your school administrator. Click here for the School Administrator page.

A direct quote from this Department of Education document about Equal Access is:

“Access” refers not only to physical meeting spaces on school premises, but also to recognition and privileges afforded to other groups at the school, including, for example, the right to announce club meetings in the school newspaper, on bulletin boards, or over the public-address system.[1]  Noninstructional time is “time set aside by the school before actual classroom instruction begins or after actual instruction ends,”[2] and covers student meetings that take place before or after school as well as those occurring during lunch, “activity periods,” and other noninstructional periods during the school day.[3]

STUDENT’S BILL OF RIGHTS ON A PUBLIC SCHOOL CAMPUS

The Supreme Court upheld the Equal Access Act by a vote of 8-1 in Westside Community Schools v. Mergens, June 4, 1990:

“If a State refused to let religious groups use facilities open to others, then it would demonstrate not neutrality but hostility toward religion. The Establishment Clause does not license government to treat religion and those who teach or practice it…as subversive of American ideals.”

Read more about this case here.

“Former Supreme Court Justice Potter Stewart noted if religious exercises are held to be impermissible activity in schools, religion is placed at an artificial and state-created disadvantage. Permission for such exercises for those who want them is necessary if the schools are truly to be neutral in the matter of religion. And a refusal to permit them is seen not as the realization of state neutrality, but rather as the establishment of a religion of secularism.”