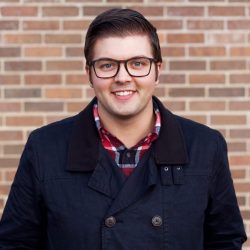 Seth has been serving in youth ministry with his wife Evelyn for 7 years in Appleton, WI. Project 7 Bible Clubs began to change the culture of the youth group when P7 was launched in 2013 when students caught the vision and began making disciples. Seth joined the National P7 Team in 2015 as the social media manager and became the director in October of 2018. He’s passionate about student ministry and seeing students live out their faith at school. Seth is a coffee guru and can often be found throughout the week bunkered down in a coffee shop in Appleton. 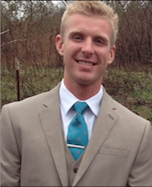 Chase Vicars has been involved in youth ministries for the last five years. He has been around youth ministry his entire life, as his father has over 20 years of youth ministry experience. Chase holds a business degree from Northeast State Community College in Kingsport, TN, and works in his family business. He is heavily involved in youth ministry at The Promise Apostolic Church in Church Hill, TN. He was instrumental in starting a Project 7 Bible Club at Volunteer High School and has worked with other P7 clubs in East Tennessee. His desire is to help other youth start P7 clubs all over the country and see young lives changed by the gospel of Jesus Christ. 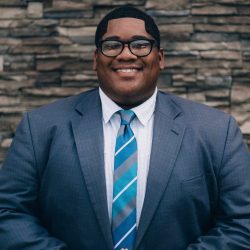 Matthew Smith is a Louisiana boy at heart who is originally from DeRidder, LA (Sugartown, to be exact), and is a student of the Scriptures. He joined the P7 team in the Fall of 2013 as the P7 Social Media Guru. He attended Louisiana College near Alexandria, LA, where he graduated with a BA in Sociology. He currently serves as Student Pastor with Lifeline Students at The Life Church under Pastor Shay Mann. He has been involved in various roles within youth ministry for well over a decade.  In those years, he has seen youth ministry grow and change tremendously. He is also an entrepreneur who launched Designs By Mattslid, a successful branding/printing/web/graphic design business.  Matthew is happily married to Athena, his bride of over 10 years, and they have 3 chidren, Makenna, Amiyah, & Matthew Jr.. Their children will be the messages that will be sent to generations that they will never meet. Their ministry is nothing more than an overflow of their marriage. 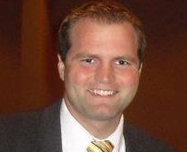 Keith Nevad has been involved in youth ministry for the better part of a decade. He serves his community as a paramedic and has a degree in EMS Science. In 2005, at the age of 19, he was won to the Lord by his best friend. After a few years of growing in his walk with the Lord, Keith was promoted to High School Youth Director at the Pentecostals of the Palm Beaches. Keith has also been involved in starting and promoting Bible Clubs in high schools all throughout Palm Beach County for the past 5 years. During that time, numerous souls were won to the Lord, and the clubs have also touched countless others with the gospel message. Since 2009, Keith has been the Campus Coach and the Spiritual Leader at Royal Palm Beach High School. He believes high school is one of the most important and memorable times in a young person’s life. During this time, students begin to search for their identity and a place of belonging. It is Keith’s goal as high school club coach to bring Jesus Christ back to this nation’s public school campuses and to have students identify with Christ rather than this world.