Elevate: ˈeləˌvāt/. Verb. To  lift (something) up to a higher position; raise to a more important or impressive level for adoration.

The most obvious object that exemplifies “elevation” is, of course, the elevator. An elevator is essentially a platform that is either pulled or pushed up and down by mechanical, hydraulic, or manual means. The function and design of an elevator tells us much about the elevation process in our walk with God. You see just like an elevator, what goes up will, indeed, eventually come down. The whole purpose for the creation of the elevator was so that objects and people could be transported from a lower level to a higher place, and then sent back down. It’s a push-and-pull, up-and-down, give-and-take action.

In Psalm 34, David speaks about how he exalted the Lord and continually spoke praises of His greatness. In return, the Lord protected David, removed all his fears, and filled him with great joy. It was an exchange of grace that required the elevation of Christ and resulted in the fall of blessings. What was sent from the earth to the Heavens was met again on earth with a supernatural response. When we lift up the name of Jesus Christ, we can expect Him to come down and meet our every need. Any form of praise or sacrifice that is lifted to the Lord will be honored with His glory sent back down.

But elevating Christ goes even further than our interaction with Him. It’s also in how we speak of Him.

The history of the invention of elevators displays this concept well. In its early models, elevators were very primitive and underdeveloped, and the use of it often resulted in horrific, fatal accidents… Needless to say, people tended to go for the stairs. That is, until the modern-day, elevator was created in the mid-1800s that had a built-in safety device keeping its passengers from harm. It didn’t take long for the fad to spark and spread and become the must-have installation for multi-story buildings. This innovative device attracted the attention of thousands upon thousands of people across nations.

In our mission of elevating Christ, let us also remember that to “elevate” something also means to make it known and desirable. When we speak His name, let us speak of His goodness. His power. His kindness. His love. His mercy. Let us elevate His name to the highest level for adoration. If an international craze came from the display of a simple mechanism, how much more of a revolutionary movement could we expect from the display of Jesus Christ? Imagine the thousands that could be saved through our act of elevating Christ! Because when He is lifted up, all will be drawn to Him (John 12:32). 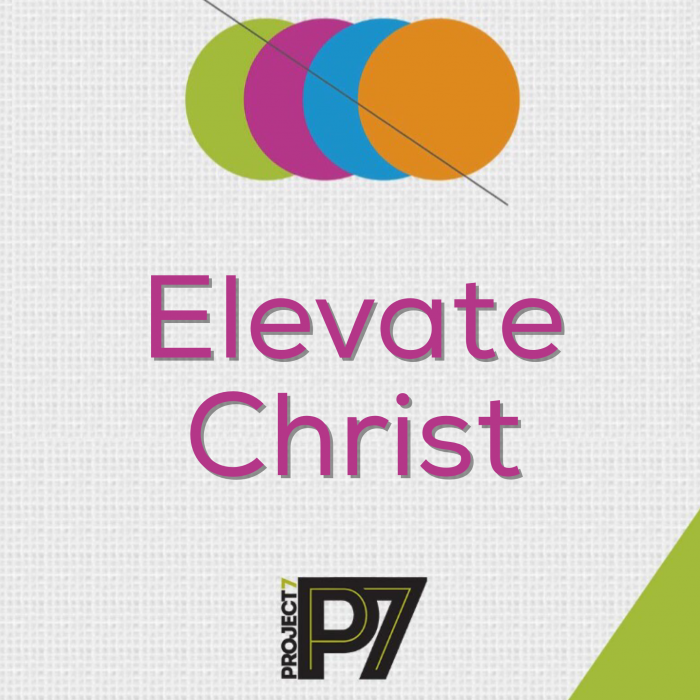